← PREVIOUS POST NEXT POST →
You may have read articles, or heard personal trainers talk about, the Central Nervous System (this is often abbreviated to the “CNS”).

You might have overheard words to the effect of “Let’s get your nervous system primed!” or “I reckon my CNS is fatigued”.

Without a doubt, the CNS has a huge part to play in terms of training and performance, but WHAT exactly is it? HOW can we tap into it to make ourselves stronger?

The Central Nervous System, or CNS

Think of a computer. It is a complex bit of kit, but all of its communications and functions are controlled by the motherboard (don’t ask me anything else about computer’s though, that’s as far as I go!).

Well, human beings are very similar in their construction, and the CNS is our very own motherboard.

The CNS consists of our brain and spinal cord. Information is received, stored and processed by the brain and then electrical signals are sent via the CNS telling the body how to respond. With respect to this article, we are concerned with how the CNS sends signals to the muscles asking them to take action.

A person’s performance in the gym is just as much dependent on their CNS as it is on the muscles actually performing the task. This is the reason why people new to training can get stronger for the first 3 months even with the shittiest programming. Their neural drive is improving long before their muscles do.

On a similar note, people who train too often at too high an intensity are likely to suffer the effects of a fatigued CNS. This leads to impaired performance and highlights why recovery is so important for us.

How Does it Work?

When the CNS sends signals to our muscles it builds muscle memory. The first time we ask our muscles to take action, the signal is very inefficient because the pathway has not been used before – think about an overgrown trail in the woods.

In practical terms, this might be why a person would struggle to activate their glutes if they have never been used previously (we are discussing sedentary folk). Yes, you might look like you are performing a hip thrust in the gym but if your lower back or hamstrings are getting sore then we know the glutes are probably not firing.

Over time, as we improve our ability to activate muscles this means the neural drive is improving. The signals are getting stronger and faster, and the overgrown brambles are now being cut down from that trail in the woods. This means the CNS is working much more efficiently. Taking the hip thrust example again – a person would now start to feel their glutes working as the signals from the brain to the butt improve.

My last analogy is that of a fuse box. Imagine each individual switch is responsible for different muscle actions. However, if the master switch is off (the CNS) then muscles won’t be able to take action regardless. The master switch must be on for the muscles to be activated. This is why if we want to perform OPTIMALLY then we MUST fire up the CNS.

How to ‘Fire Up’ The CNS

There are 2 ways to maximise the involvement of the CNS prior to an activity.

Putting it to Use

There are two rules to abide by when activating the CNS.

A)  You must pair a similar movement to the exercise you are looking to perform.

If you are about to deadlift then think about the pattern you are using. A broad jump will have much greater carry-over to a deadlift than a clap pushup will. We are looking to activate the same muscles that will be utilised in the lift.

B) There is a short window in which this method will be effective. If you are priming your deadlift by doing broad jumps, then the deadlift should ideally occur within 3 to 12 minutes of completing the jump(s).

Don’t ask me the science behind this – that’s just how our marvellous bodies work.

Here are some ideas for CNS primers to use for various exercises. The total volume of work should be kept low because we are looking to be explosive.

Bench Press – Plyometric push-ups or seal jacks (like jumping jacks but the arms meet in the front of your chest). 2 sets of 3 to 5 reps.

I’m sure you’ve noticed that these are all examples of being explosive in order to activate the CNS prior to lifting heavy. For a real-world example, think of an Olympic lifter who comes on to the stage and, just before he lifts, performs an explosive tuck jump! It’s exactly the same thing.

Post-Activation Potentiation refers to lifting heavy in order to fire up the CNS. The methodology is the same except the exercises would be the other way around. For example, if you wanted to improve your vertical jump, then try performing a heavy squat just prior to the jump. Be sensible, however, since the heavier you are lifting the more likely you will need a longer rest period before the jump.

I hope you have found this article helpful. The take-home message is that your muscles will perform better if you know how to fire your CNS up. This can be done by being explosive or by lifting at > 85% or your one rep max. Now get to work! 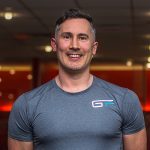 If you have a question about anything Health & Fitness that you want to see answered in a future article, or even fancy treating your brain & body to a whole day with one of our brilliant Mentors. Please contact us – we will endeavour to get back to you within 24hrs!

Remember – It is never too late to bulletproof your future self.

If you want to make a genuine difference to people’s lives and to accumulate valuable skills to look after yourself, your family and those around you, surpassing all fitness fads and common myths whilst creating a successful business in the process – then we've written this book just for you!

"This book is great!!! Especially for someone like me who has just started out in the PT World. It’s full of useful information. The thing I’ve taken away most from this book is the diary planning. This is key and something which I am still working on." - Chris, Newly Qualified PT

Simply complete the form below and we will email you a copy of the book.

Thank you for completing the form, you will shortly receive an email containing your ebook.